Interesting Facts About the Wailing Wall 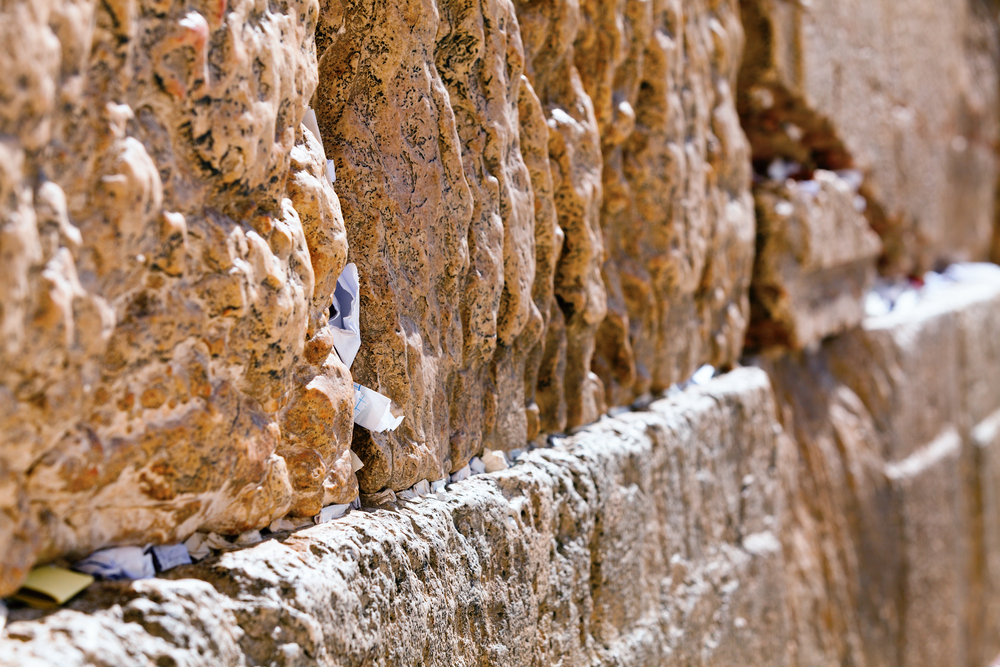 … Most people believe that the Wailing Wall got its name because millions of Jews cry at its foot over the destruction of the Temple. This Wall indeed is the ruin of the Temple, but its name is not related to it. Time to time the Wall gets covered with small water drops, which greatly resemble tears. Last time it “cried” in 1940. There were other times, too. Scientists still cannot explain the reason of such “crying”.

There is a legend that on the “crying” day a white dove flies down to the Wall and sits still on one of its stones. It cries out with a sad voice resembling human moaning.

The Wailing Wall architecture is also amazing. It is made out of huge stone blocks and nothing holds them together. The structural strength is obtained through exact and careful block stacking.

Despite the fact that Western Wall is the holy relict of Jewish people, till this day they discuss the possibility that it was crafted by some other religions, including Islam.

Every year tourists from all over the world leave over one million notes in the Wall’s cracks, making their petitions to God. Even such VIPs as presidents or other officials and people from other religions think it to be a useful tradition to leave a note in the Wall.

All the notes, sent to the Western Wall are removed and buried on the Mount of Olives – it is done twice a year.

People send prayer notes with all kinds of petitions to the Wall. There are some notes with just one word in them. Others contain several pages. Some write them on copy paper, others use cardboards or even cover paper. Some notes contain pictures in them. Usually, these notes come from children.

The territory at the foot of the Western Wall is broken down into two areas: male and female. The female area is suitable only for prayer and leaving notes. The male one is suitable for celebrating Jewish feasts, singing religious songs and celebrating religious accession to manhood for teens.

The tradition to leave prayer notes to God dates back to 300 years. Since that time they believe that all the written down petitions placed in the Western Wall come true.

EXPERIENCE THE POWER OF THE MIRACLE WORKING RELICT – SEND YOUR NOTE TO THE WESTERN WALL ONLINE!